About our Youth Program

In comparison to other youth hockey organizations, the Maine Nordiques offers more practices, fewer teams on the ice at once, and weekly professional power skating and puck skills sessions. With access to specialized training and increased ice time, Maine Nordiques players have a huge potential for development on an individual and team basis.

We are committed to the development of the sport through the improvement of individual player skills, team building and physical and mental training. We accomplish this by providing qualified, and enthusiastic coaches, the most progressive teaching techniques and specialized training programs. The Maine Nordiques will foster the will to compete in all our athletes and prepare them to become contributing members of society.

The Maine Nordiques Youth program aims to develop character, good sportsmanship, discipline and teamwork through youth hockey in a family friendly environment. We are committed to the development of the sport through the improvement of individual player skills, team building and physical and mental training. We will accomplish this by providing qualified, enthusiastic coaches, the most progressive teaching techniques and specialized training programs. The Maine Nordiques Youth will foster the will to compete in all our athletes and prepare them to become contributing members of society

Our vision is to become a leader among hockey programs, to help grow hockey in Lewiston/Auburn as well as the State of Maine and be an educational and inspirational program that meets the varying needs of all its participants. 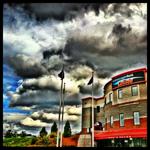 The Androscoggin Bank Colisée (formerly the Central Maine Youth Center) was built in 1958-1959. Currently owned and operated by Firland Management, the Arena has a long and proud history of a variety of events.

It was the venue for the Heavyweight Boxing Championship rematch between Sonny Liston and Muhammad Ali. On May 25, 1965, Ali (then known as Cassius Clay) beat Liston in under three minutes. The Clay/Liston fight produced arguably the most famous photograph in fight history with the snapshot image of a brash Ali taunting his rival Liston to get off the mat.

The Maine Nordiques were the primary tenant at the Civic Center from 1973-1977. The colorful team with a cast of characters right out of the movie Slap Shot were members of the old North American Hockey League. The Boston Celtics of the National Basketball Association played exhibition games at the Civic Center taking advantage of what was at the time the largest portable floor in the world. The Lewiston MAINEiacs, a junior ice hockey team of the Quebec Major Junior Hockey League (QMJHL) and 2006 president cup winners, came to the arena in 2003.

The strong showing of Lewiston and St. Dom’s high schools has resulted in several state and New England high school championships through the years. The longest continuous tenants of the Civic Center have been playing hockey on Birch Street since the building’s inception in 1958. The high school tournaments to this day continue to bring in a raucous audience of rabid fans and serve as a reminder of why the Civic Center was built in the first place. 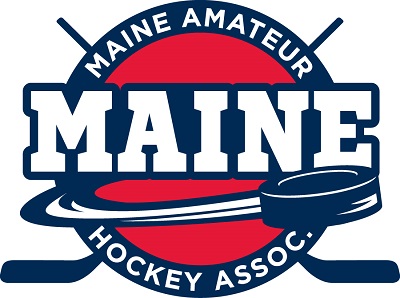